Share a memory
Obituary & Services
Tribute Wall
Read more about the life story of Delbert "Pete" and share your memory.

Delbert S. “Pete” Broadwater, 90, of Westernport MD, passed away after a brief illness, at Stonerise Nursing Home, Keyser WV.  Despite his earnest longing for Heaven, Pete’s goal was to make it to his 90th birthday. He reached that mark a few weeks ago, and just after midnight, November 10, 2022, he was embraced by his Savior.

Born October 12, 1932 in Shaw WV, he was the son of the late Howard and Mabel (Ashby) Broadwater.

In addition to his parents, Pete was preceded in death by his wife, Norma (McKenzie) Broadwater; a son, Robert Broadwater; grandchildren, Lisa Wade and Corey Broadwater; one sister, Dot Broadwater; five brothers, Dale, Darl, Dwight, Dwain and Dallas Broadwater; and his half brother, Don Broadwater.  Pete was the last remaining member of his immediate family.

Pete was a 1950 graduate of Elk Garden High School. He was an Army Veteran, serving in Germany during the Korean War. He retired from the Luke paper mill with 39 years of service in maintenance as a roll grinderman.

Pete was a Charter Member of Tri-Towns EMS, serving faithfully for 26 years.    He was a regular blood donor with the Red Cross for many years. He was a member and Past Commander of both the Queens Point VFW 6775 in McCoole MD, and Kelly Mansfield American Legion Post 52 in Piedmont WV.

Until a leg injury at age 80, Pete enjoyed trekking through the woods to harvest ginseng.  He liked to hunt all game animals, especially spring gobbler.  Pete liked watching the birds that came into his yard. He always made sure they had food and fresh water.   Pete prided himself in always having a good garden, and enjoyed sharing his bounty with the neighbors.

Pete was a member of the First Baptist Church in Westernport, where he gave his heart to the Lord about 25 years ago.  Pete was a man of character and faith over the last few decades   His life is a story of work, service to the country, family, forgiveness and God’s love and grace.

Pete never complained once over the last three weeks, even as he knew he was transitioning to a better place.  His faith in the Lord was rock strong. The end of his life was a wonderful example for all of us.

On one of Pete’s last days, when asked if he needed anything, he replied, “No, Norma is fixing me pancakes.”  Without hearing of this, Pete’s son, Jim, had a vivid dream the same night.  In the dream he saw his four deceased family members making pancakes!  So, in Pete’s passing, we pictured him heading home to join his wife Norma, his son Bob, and two grandchildren, Lisa and Cory, for a big pancake dinner in Heaven.

Pallbearers will be Gary, Don, Jim and Josh Broadwater; Jared and Evan Graham; and Clint Bradley.

Friends will be received at Boal Funeral Home, Westernport on Sunday, November 13, from 5:00 p.m. thru 8:00 p.m. The Tri-Towns Rescue Squad will honor Pete for his years of service with a brief Memorial Service that will take place at 6:00 p.m.

Funeral services will take place at the funeral home on Monday at 11:00 a.m. with Pastor Scott Llewellyn officiating. Friends will be received one hour prior to the service.

Interment will be at Philos Cemetery, Westernport with military honors accorded at the graveside.

To send flowers to the family or plant a tree in memory of Delbert "Pete" Broadwater, please visit our floral store. 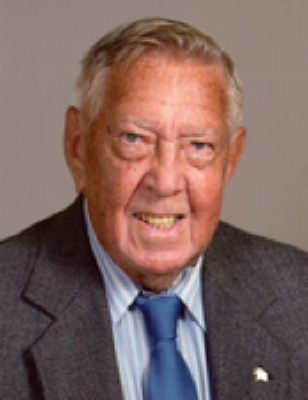