Share a memory
Obituary & Services
Tribute Wall
Read more about the life story of Barbara and share your memory.

Barbara Bean, 75, of Keyser passed away on November 10, 2022. Barbara was in care of UPMC surrounded by her children and loved ones.

Born September 1, 1947, she was the daughter of the late Scott and Catherine (Smiley) Dye. She was also preceded in death by her brother, Larry Dye; and a great granddaughter, Kyeran Leigh Nelson.

Barbara Anna Bean; Barbara left Phoenix, Arizona at the age of 18  and made her way to westernport, Maryland where she met Junior Bean and decided to marry him just two weeks later! After 56 years of marriage , 4 children,13 grandchildren, and 9 great grandchildren she created a life well lived and full of many blessings!

Barbara’s proudest achievement were her children. Barbara enjoyed having her house full of loved ones. They were her world!

When Barbara wasn’t taking care of others which wasnt very often; she enjoyed traveling, nature, and enjoying God‘s wonders. At the age of 72, Barbara found the gift of painting where she made others smile by giving them her creations.

The most important thing to know about Barbara is that she loved Jesus and her inspiration was that her children, grandchildren and great grandchildren all know the Lord, so that she will be waiting at Heaven’s Gate for the homecoming of all her loved ones.

Barbara is survived by her loving husband, Junior Bean; her children, Thomas Bean and wife, Aura, Connie Nelson and husband, Donnie, Danny Bean and wife Renae, and Jamie Reams and husband Lee. She is also survived by her grandchildren, Tommy, Sandy, Luke and Isiah Bean, Maverick, Wyatt, and Weston Nelson, Devin, Danzick and Shelby Bean, and Caedmon, Mckinley and Kilian Reams; and nine great grandchildren. Barbara is survived by her brother, Chippy Dye and wife Florence; and a special friend and cousin Mary Michaels.

Friends will be received at the Boal Funeral Home, Westernport on Sunday, November 13th from 11 a.m. to 12 p.m. A funeral service will follow the visitation at 12:00 p.m. with her son-in-law, Pastor Lee Reams officiating.

Interment will be at Potomac Memorial Gardens, Keyser.

To send flowers to the family or plant a tree in memory of Barbara Anna (Dye) Bean, please visit our floral store. 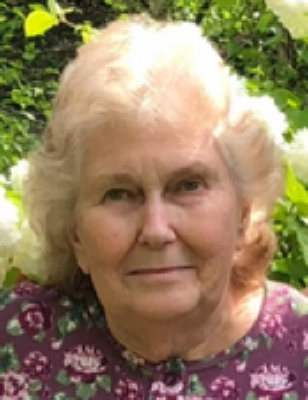